The Top Professional Athletes with Prosthetics 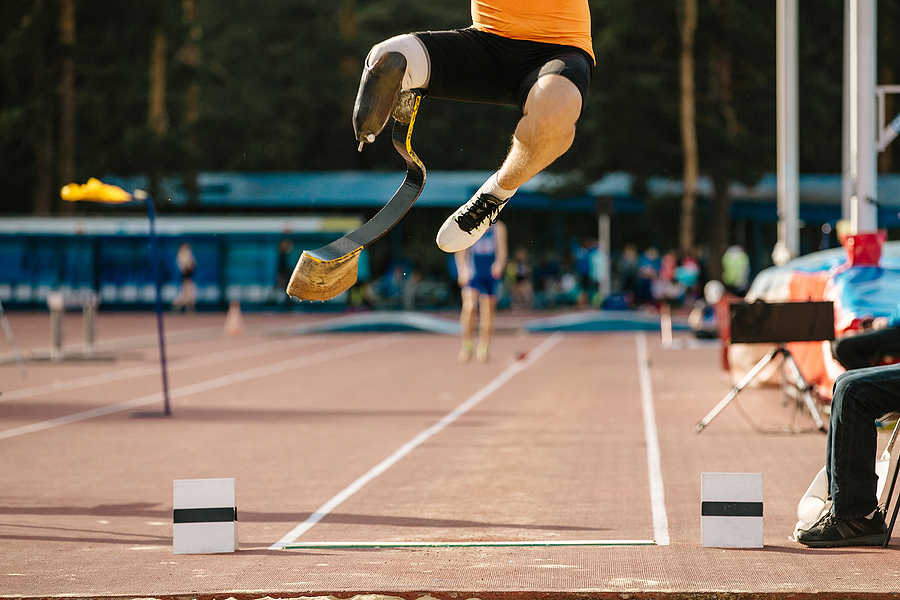 The loss of a limb can feel discouraging, especially for those who previously led an active lifestyle and played sports, whether competitively or recreationally. If you’re new to limb loss, you may be wondering if you’ll ever be able to perform or play the way you previously did. Navigating life with athletic prosthetic limbs can leave you feeling awkward and uncertain.

We understand how life-changing losing a limb can be. But we also know just how amazing your life can still be with an athletic prosthetic leg, arm, hand, foot, or any athletic prosthetic limb, and we don’t want you to lose hope. You can still dominate your sport, from skiing or snowboarding to football, basketball, track, or gymnastics, and we’d like to take a moment to introduce you to three of the top professional athletes with prosthetic limbs to help stoke your competitive fire.

Amy Purdy was born in Las Vegas, NV, and began snowboarding when she was 15. At 19, she contracted Bacterial Meningitis and was rushed to the hospital in septic shock. She was given a 2% chance of survival upon arrival because she went into respiratory and multiple organ failure on the way to the hospital, which led to a loss of circulation to her limbs. She ended up having both her legs amputated above the knee to save her life. Fast-forward two years, and Amy, now outfitted with two athletic prosthetic legs, entered the USASA National Snowboarding Championship and medaled in three events. She is currently the most decorated Paralympic snowboarder in American history. She also participated in the TV shows Amazing Race and Dancing with the Stars, where she came in second place. Amy founded Adaptive Action Sports, which trains athletes with disabilities and is the top organization in the US for developing US Paralympic Snowboarders.

Jeremy Campbell was born with a rare birth deficiency called fibular hemimelia, which means that the lower part of his right leg didn’t fully develop, and he was born without a fibula. He had his right leg amputated when he was one, but that didn’t stop Jeremy from living an athletic life. As an athlete prosthetic limb wearer, Jeremy has excelled. He was the quarterback on his high school football team and point guard for the basketball team. After high school, Jeremy set his sights higher and joined the Paralympics. In 2008, Jeremy went to the Beijing Paralympics and won a gold medal in discus and pentathlon and placed fourth in the long jump. In 2012, he won a gold medal in discus at the London Paralympics and set a world record when he threw the discus 62.18 meters. In 2016, he placed fourth in discus in the Paralympic Games in Rio.

Army Chief Warrant Officer Scott Schroeder lost both legs and one of his arms in 2010 after he was caught in a roadside bomb attack in Afghanistan. Scott was accustomed to an active lifestyle before becoming an amputee, and he had no plans of letting a lost limb, or three, stop him from continuing. Scott is an avid snowboarder and scuba diver and has been diving since the 1980s. Scott is world-renowned for his underwater explorations and has special athletic prosthetic legs outfitted with fins. He works with Task Force Dagger Special Operations Foundation, which was started by four former Special Operations Forces (SOF) soldiers who work with Wounded Warriors and their families with immediate needs, rehabilitative adaptive events, and a health initiative.

While these three athletes only show a small slice of the number of professional athletes that use prosthetic limbs, they’re a few of our favorites and inspire us — and countless others — every day. Two of the three athletes we showcased have participated in the Paralympics, and every Olympic season, the question, “Should athletes with prosthetics be allowed in the Olympics?” gets asked. Some people believe that athletic prosthetic limbs offer an unfair advantage over those who don’t wear prostheses. A recent study showed “that the use of running prostheses provides no competitive advantage.”

Whether you’re trying to qualify for the Olympics or want to live an active lifestyle once more, you need a prosthetic limb that is comfortable and can support you. Contact us today to learn more about our prosthetic limbs and what we can do for you.

We Always Ready Join With Us

Even with an artificial limb, life does go on. Our mission is to utilize education, experience and dedication in an effort to provide the most comprehensive prosthetic and orthotic care available.